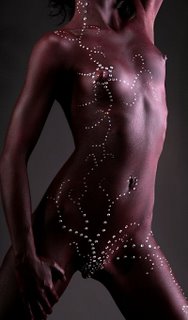 Project Censored has compiled a list of 25 news stories of social significance that have been overlooked, underreported or self-censored by the major national news media in the U.S.

#3 Oceans of the World in Extreme Danger

#4 Hunger and Homelessness Increasing in the US

# 7 US Operatives Torture Detainees to Death in Afghanistan and Iraq

#16 Ecuador and Mexico Defy US on International Criminal Court

#19 Destruction of Rainforests Worst Ever

#23 US Oil Targets Kyoto in Europe

#25 US Military in Paraguay Threatens Region
Rolled by Effwit at 1:42 PM

I'm on my way right now to the Project Censored 9/11 conference.

I'll let you know how it goes.

No shit? Neat-o. I wish I knew a woman that asked me out on a date to an event like that.

Please do report back

Well, I was defeated by the terrorists.

I couldn't come up with the exact change for the $2.50 that it cost to park within a mile of Sonoma State University, where the event was held.

In scrambling around, trying to figure out the parking ticket machines (you had to put the exact change in the machines to get a ticket to put on your dashboard) a young guy also scrounging for change asked if I was going to the event. Yes. Would I like a DVD? He had a stack of Alex Jones "Martial Law" DVDs he'd burned, and he was giving them away. Cool. Ok. I took one. He offered "Loose Change" as well, but I watched that one online. Told him how Jim Hoffman had debunked much of it, while endorsing the rest of it.

He said he'd heard they had change at a kiosk in the distance. We agreed to exchange information if we met inside. I left to park out on the street.

I drove out to the street, only to find "No Parking" signs as far as the eye could see. Literally. I doubled back and tried for the kiosk. Deserted. I drove to the other end of the school, seeing lot after lot, each emptier than the last, all presided over by the ticket machines. Oh, and someone had mentioned that parking without a ticket results in a real parking ticket, for $50.

I gave up. I drove home, fortunately only 15 minutes or so away. The whole episode took about an hour.

Spent three hours last night watching the DVD. A bizarre combination of a libertarian Limbaugh-lite flogging the Bush administration, running down such issues as the Military State created in NYC during the Rebublican Convention in 2004 (when most of the DVD was filmed, some of it in the convention itself), complete with video of police (in other protests) breaking protester's arms with numchucks (really), the history of Bush's family and Hitler, Schwartznegger's Nazi connections and dreams of being King of the World, an on-the-street interview with David Gergen about the Bohemian Grove (an angry Gergen is a wonder to behold), video of said grove activities taken by mr. Jones himself (said Bohemian Grove is about an hour drive northwest of here), and a host of other things that I've temporarily forgotten. This Jones guy has apparently studies at the Department of Redundancy Department. Lots of saying the same things over and over, usually talking to a crowd of curious onlookers as though her was doing his radio show, which he apparently has in Texas somewhere.

I have in the past managed to make it to Project Censored events, and they are always interesting. Once I ended up sitting directly behind Dan Perkind (Tom Tomorrow) who was the presenter that evening. This particular one last night I only found out about a half hour before it was scheduled to start. I'll plan a little better next time.

no matter how many times I re-read my posts in this comment box, I manage to miss typos. It is frustrating.

Typos are what makes one legit..at least in this neighbourhood. If you get everything right, great and power to ya. If you manage to misspell everything but still make ureself understood, then so much the wiser and better. That means u've saved some time d'anal retentive for something fun like drinking, painting, surfing, or reading.

What a drag with the loose & correct change biz. I see PC has quite the line up for this coming November.

That means u've saved some time d'anal retentive for something fun like drinking, painting, surfing, or reading.

Painting again! I did one last week. I'm starting a new one now.

I'll put last week's one online somewhere and post a link. Probably on the ol' blog.

Reading - there's never enough time for that...Surfing - well, as long as it's not in the water. Never could get up the gumption for that. My best friend still does it every weekend.