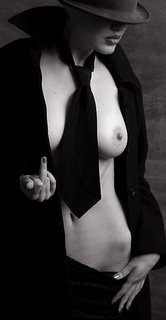 The Russian government is to consider the draft of the new military doctrine prepared by the Defense Ministry expert group. If the document is approved, Russia will be able to interfere in border conflicts, turn a blind eye on the proliferation of nuclear weapons and fight with potential enemies (the USA and NATO) and international terrorism.

The document particularly entitles Russia to “defend its citizens’ rights abroad in case of danger posed to their lives.” There was no such wording in the current doctrine.

Furthermore, Russia will be able to participate in armed conflicts on its borders where “principles of international rights are violated and thus can be classified as aggression against citizens.”

The main thesis of the section titled “Defense Security Guarantee” says that Russia stands against the proliferation of nuclear weapons and its delivery means.”

As for Russia’s enemies, the authors of the new military doctrine suggest the following list: the USA, NATO and international terrorism.

“The fact that we can see NATO and the USA as Russia's potential enemies is a vestige of the Soviet military doctrine. In my opinion, this is an inadequate way of thinking. Russia definitely needs to stand against any enemy, but we also need to develop our Armed Forces in local conflicts too,” the Director of the Institute of Political Research, Sergei Markov said.

The basic threat of Russia’s national security is still connected with foreign countries’ interference into Russia’s internal affairs. This process can be conducted either directly or through certain political structures to undermine constitutional regimes in post-Soviet countries.
-Excerpt From Pravda
Rolled by M1 at 7:49 PM