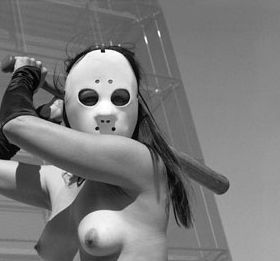 Adding to the political momentum toward war with Iran is significant pressure from the Israeli security establishment. Israel says that it has a plan for attacking Iranian nuclear facilities. Israel recently appointed an airman to be in charge of the Iranian theater of operations. It was announced that this major general would coordinate Israeli planning for Iran. Israeli military planners have U.S. penetrating weapons and a replica of the Natanz facility. They say that the attack would resemble the kind of operation they used against Egypt in 1967. They say that the plan involves more than just air strikes from the "hammers" of the Israeli Air Force's 69 Squadron. It would include Shaldag commando teams, possibly some version of sea-launched missiles, and even explosive-carrying dogs that would penetrate the underground facilities.

Israel probably could hit most of the known nuclear targets. But such an attack would leave Iran with significant retaliatory options. That is a serious problem. U.S. forces and interests in the region would be likely targets of Iranian retaliation, so even an independent Israeli military operation would have critical consequences for the United States.

Part of the problem is that the two countries' red lines for Iran are not the same. Israel's red line is enrichment. The U.S. red line used to be the development of an Iranian nuclear weapon. But over the past six months, America's red line has drifted closer to Israel's. On March 21, the president said that the United States could not allow Iran to have the knowledge to make a weapon. He repeated the phrase in August.

By redrawing the red line in this manner, U.S. policymakers are creating pressure to go to war with Iran. In saying that Iran could not be permitted to have the knowledge to develop nuclear weapons, the president used almost the exact words the Israeli Foreign Minister had used a year earlier. More recently, a senior State Department official said that Iran was near "the point of no return" on its nuclear program. Again, this was an exact echo of the words of Israeli officials. The Israeli pressure has worked. ...

When imposing the sanctions fails to alter Tehran's position, (U.S) policymakers will revert to a strike on Iran's nuclear facilities. One can imagine the words of a planner in the meeting: "If we are going to do this, let's make certain we get everything they have." I have done some rough "targeting" of nuclear facilities for which I can find satellite photos on the web. By my calculation, an attack of relatively high certainty on nuclear targets would require 400 aim points. (An aim point is the specific location where an individual weapon is directed. Most targets would have multiple aim points.) I estimate seventy-five of these aim points would require penetrating weapons.

But it is unlikely that a U.S. military planner would want to stop there. Iran probably has two chemical weapons production plants. He would want to hit those. He would want to hit Iran's medium-range ballistic missiles that have just recently been moved closer to Iraq. There are fourteen airfields with sheltered aircraft. Although the Iranian Air Force is not much of a threat, some of these airfields are less than fifteen minutes flying time from Baghdad. Military planners would want to eliminate that potential threat. The Pentagon would want to hit the assets that could be used to threaten Gulf shipping. That would mean targeting cruise missile sites, Iranian diesel submarines, and Iranian naval assets.

After going through the analysis, I believe that the United States can and will conduct the operation by itself. There may be low-visibility support from Israel and the U.K., and France may be consulted. But it will be an American operation.

What about casualties? Although the United States would suffer casualties in the Iranian retaliation, the honest answer to the president if he asks about losses during the strike itself is that there probably will not be any. The only aircraft penetrating deep into Iranian airspace will be the B-2s at night. B-52s will stand off, firing cruise missiles.

Col. Gardiner's 2004 war gaming of Iran was expertly critiqued here back in April. This new report proclaims that the "summer of diplomacy" has now passed, and that the real game is now on.
Rolled by Effwit at 8:49 AM