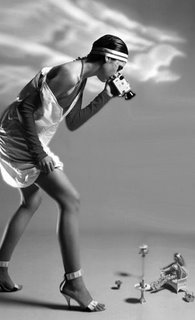 The New Yorker Magazine, in their 9-11 anniversary issue, has a roundtable discussion (posted online this morning) on the aftereffects of the Bush administration's reaction to the attacks five years ago.

(SEYMOUR) HERSH: In the fall of 2001, I was learning a lot about a great debate inside the Administration about what to do in Afghanistan. There were a lot of people who argued very bitterly against the air war -- I'm talking about people on the inside, tough guys -- arguing against what we all assumed to be the one just aspect of this whole post-9/11 process, which was the invasion and bombing of Afghanistan and the Special Forces operation. That was the beginning of the whole torture issue with Guantanamo, and the buying of prisoners.

All of that stuff was debated before late October, when the President authorized the bombing. There was a huge debate about even whom to support in Afghanistan -- whether or not we should do more real counterinsurgency, and take up the Taliban and consider them more seriously as people you could actually talk to, and the decision was that we ought to go with the warlords.

Like a lot of people, I accepted the premise of the Afghan war; I accepted the premise that it wasn't that irrational, that we had to do something. I didn't accept it the second time, in Iraq. If the Administration wants a role model for how to respond to grave abuses in terms of international terrorism, look at the Indian government and Mumbai, the train bombing there. The government treated it like a criminal activity. By going to war, instead of criminalizing what Osama bin Laden and his minions did -- there's no question that, in terms of military operations, this is the worst government in the history of America.

(AMY) DAVIDSON: George, this is something you've written about. Do you think that we've learned something since 9/11 about the limits of what military action can accomplish?

(GEORGE) PACKER: Some of us have, including some people in the government and in the military, but they're not in the key positions. Sy's most recent article, on the Lebanon war, suggests that the people who are in the key positions continue to learn the wrong lessons, which is that air power can destroy deeply entrenched groups that are as much political as they are military.

Which is very worrying, because it shows that what one hears -- that no unwelcome information reaches the President, that it is generally stopped at his door by people from the Vice-President's office or by his immediate staff -- is true. It's something I hear over and over again. So I don't think anyone in a position to make decisions has learned.

I think what those people have done is protected themselves from learning by counterpunching every time anyone lands a blow and turning what should be very difficult strategic policy questions into, essentially, part of a permanent campaign at home to win a political argument. I think they've taken that more seriously, they've given it more energy, and they consider it more important, in a way, than they do the actual conflict outside of our borders.

But I also want to say, there's a huge ideological battle that is not of our making, but which is now the world we live in. That's where I think the real key questions are. I think Sy's absolutely right that war is far too blunt an instrument, that crime and intelligence work are where we -- and the Brits, and other countries -- have had our few successes. But, beyond that, there is this ideological problem, which anyone who travels in that part of the world gets a heavy dose of. And we don't know what to do about it. And that is a failure of leadership.
Rolled by Effwit at 10:02 AM

Did you, like Hersh, think at the time that the premise of the Afghanistan war was right?

I am constantly amazed by otherwise intelligent people who were snookered into this line of thinking, and seemed to only wake up when the Iraq war was looming.

Well who dug the Talibunnies, pre911?....not even Mrs Clinton. She and Oprah had us all, including soccer moms, loathing the talibunnies. But I never bought into the Afghanistan was OK but Iraq was a diversion wussiness. I saw Afghanyland as but a domino in an econostrategic game plan, though the pretext for selling the hit on Afghanistan had a more credible narrative (thanks to Oprah - and the purported Osama connection)than did Iraq. I saw it as part as a grab of Central Asia, nuthin else. Though that doesn't mean it can't be a lot of other things for those that have to go there and fight. But hey, we simply dont topple regimes cuz theyre mean to chicks. Look at Saudi Arabia - SA makes Iran look like Las Vegas after dark and Berkeley by day.

The clinchers to me are 1) the pipelines, and 2) the permanent US military bases.

Those two aspects of control of oil and the region in general are the only logical reasons for us to be in either Afghanland and/or Iraq.


This is odd. I just "logged in and published" and found myself right back here again. Maybe I misspelled the 'Mystery Word'...

I shall try again.