Powells Of A Feather - The Go Fetch Gene 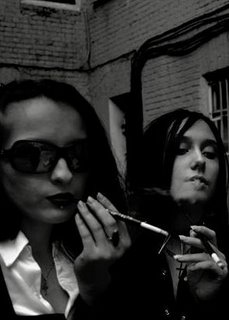 A 2004 Federal Communications Commission study that showed locally owned television stations provide more local news than others was ordered destroyed by FCC officials, and only came to light this week when a copy was leaked to Sen. Barbara Boxer (D.-Calif.).

Three years ago, then-FCC chair Michael Powell [son of former Secretary of State Colin Powell] launched a proceeding on the effects of local ownership on television news as part of his drive to further deregulate media and allow for even greater consolidation. But the report commissioned under Powell turned out to undermine his argument that consolidation has no ill effects on local news, and, according to former FCC lawyer Adam Candeub, senior managers ordered "every last piece" of the study destroyed (AP, 9/14/06). On September 12, Senator Boxer, armed with the leaked report, questioned current FCC Chair Kevin Martin about it at his renomination hearing.

According to the report, locally owned stations in fact deliver nearly six minutes more of total news and almost five-and-a-half more minutes of local news in a 30-minute newscast than stations with non-local owners. This adds up to 33 more hours of local news a year--a remarkable figure, and a damning one for big media's allies in the FCC, who are required to protect the public interest and to promote localism.

Former FCC Chairman Michael Powell...made many high-sounding pronouncements about the need for media policy to be rooted in empirical evidence. Powell also attempted to separate out the issue of media consolidation from localism, claiming that most of the millions of comments to the Commission stemmed from a concern about local content, not a concern about concentration of ownership into fewer hands.

Martin, who succeeded Powell in 2005 as chair, voted in 2003 for ownership rules that would have dramatically raised ownership caps. The rules were sharply contested by media activists and others, and a federal appeals court struck them down in 2004. Martin told Boxer he hadn't been aware of the report and has promised to keep "an open mind" on media consolidation as the FCC embarks once again on a review of its media ownership rules (Daily Variety, 9/13/06). The FCC has since posted the full report on its website.

Powell likewise denied any knowledge of the report or responsibility for its suppression (AP, 9/15/06).
Excerpt Of An Alert At FAIR
Rolled by M1 at 6:23 PM