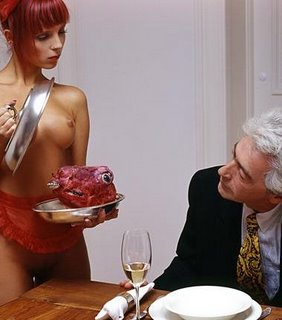 You are a former cold warrior who spent your youth studying every aspect of the old Soviet Union. Even though you hated their policies publicly, you began privately, first grudgingly and then, with time, enthusiastically, to admire the way they operated.

They were so organized and adept at imposing their agenda with top –down control. They were, in words used at the time, ‘masters of deception” and pursued secretive strategies of infiltrating ideologues and mole-like operatives ---known as apparatchiks—into government agencies and military organs.

Their KGB danced circles around our CIA and when their often-innocent “suspects” were interrogated, they were tortured with no restraints. The KGB made sure of that. Now the CIA does our dirty work and the President is crusading to lift any and all restraints from their extreme electrode units.

They killed their anti-communist “enemies” outright after convicting them in kangaroo courts. We just detain ours indefinitely while demonizing them as terrorists beyond the protection of the law.

They marveled at how controlled everything was. And so they built a machine just like the one they “hated” even as the old order of the CCCP went down the tubes of history.

They used propaganda. We made ours better. They had a party line. We have a party line. Theirs was blatant; ours is less visible.

They were said to want to conquer the world. Now, most of the world says that about us. In the old days, today’s neo-cons denounced Communist plans for world domination. Now they have their own.

In the same way that cops often make the best criminals with many believing that those who joined the police would have just as comfortably have signed up with the mafia (and some did both) ---many of the professional anti-communists were just as authoritarian and dogmatic in their instincts.

Back, there were studies of “authoritarian personalities.” Among their alleged traits:

1. They travel in tight circles of like-minded people.

2.Their thinking is more likely based on what authorities have told them rather than on their own critical judgment, which results in their beliefs being filled with inconsistencies.

4. They see the world as a dangerous place, with society teetering on the brink of self-destruction from evil and violence, and when their fear conflates with their self-righteousness, they appoint themselves guardians of public morality, or God's Designated Hitters.

5. They think of themselves as far more moral and upstanding than others…”

A Description of Stalinists? Perhaps. But Former Nixon lawyer John W. Dean uses these very categorizations to describe today’s “conservatives” in his book, “Conservatives Without Conscience’

Which brings us to our modern day Busheviks, today’s Bolshevik wannabes with a more sophisticated rap and deadly impact. Some are former leftists turned rightists who are now as comfortable in defending torture and abuse as the agencies they used to denounce. What went around is back again under a different name.

Just as the Neo-Nazis are back as newly elected respectable members of governments in Eastern Germany, abandoning the skinhead look for suits and ties and softer rhetoric, our Neo Cons have moved from left to hard right wrapped in burkas made of the American flag.

They have borrowed the techniques of their old enemies as Cheryl Seal wrote back in 2001:

“Joseph Stalin was successful in seizing and retaining power primarily because he was able to stack the Politburo with politicians as extreme as himself and to dictate their actions and their votes on every issue. Party dissenters were harassed mercilessly by the Politburo members who remained blindly loyal to Stalin. With a block of supporters who did not think for themselves, Stalin was able to completely reverse Russia's policy on a number of key issues, right across the board. For example, in 1936, he completely reversed the liberal communist doctrines pertaining to family, divorce, and abortion. He made divorce difficult, made abortion illegal, and stressed "family values" [do we see a 'dictator pattern' here?].

Stalin's propagandists used a three-point strategy to convince the Russian people that things in Stalin's policy that were in fact extremely bad for the country (including the systematic round up and extermination of all "enemies of the state") were in fact "good."

Point One: Create arguments that show the negative thing is actually NOT bad, but is actually good. [Present day ex: convincing people that greenhouse gases will give us lush green plants, not fry the planet].

Point Two: Show how the negative thing is actually not true. [Present-day ex: Global warming does not exist].

Point Three: Show that the negative thing is actually being caused by "enemies of the state" - most likely liberals. [Present-day example: We can't sign Kyoto because it is really a plot to ruin our economy].”

And so the parallels continue to surface –never exact but certainly suggestive--as recently as today when we learned that unelected professional “cadre” of the hard right—not merely members of the GOP-- enjoyed unique access to the White House as AP reports:

“Republican activists Grover Norquist and Ralph Reed landed more than 100 meetings inside the Bush White House, according to documents released Wednesday that provide the first official accounting of the access and influence the two presidential allies have enjoyed.’ 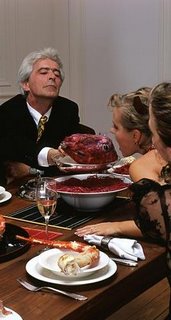 Finally, ponder the words of Nikita Khrushchev who first exposed the crimes of Stalin back in l956:

"Everyone can err, but Stalin considered that he never erred, that he was always right. He never acknowledged to anyone that he made any mistake, large or small, despite the fact that he made not a few mistakes in the matter of theory and in his practical activity."
-Danny Schechter
Rolled by M1 at 10:42 AM